The Bears lost a close game against the Carolina Panthers yesterday 24-17.  Although the Bears did not prevail, they were working well together as a team. The starters only appeared in 5-10 plays, giving the backups a chance to shine. Jonathan Bostic returned an interception 51 yards to score a touchdown. Michael Ford earned a four-yard rushing touchdown as well. Jay Cutler went six for eight with 56 passing yards. Matt Blanchard had a career game, going 15 for 18 with 194 yards. Blanchard also led the team in rushing with 26 yards on four attempts. 15 different Bears players caught a pass yesterday and Marquess Wilson paced the team with four receptions for 82 yards. Unfortunately, there is some injury news to report. Henry Melton did not appear in the game last night after being diagnosed with a concussion. He will now have to pass four stages before he is cleared to resume football activities as apart of the NFL’s concussion program. Long-snapper Patrick Mannelly suffered a rib injury in yesterday’s game after covering a punt in the first quarter. He is listed as day-to-day and linebacker James Anderson will take over the long-snapping duties until Mannelly is ready to return. Fullback Harvey Unga injured his ribs in the fourth quarter and is also listed as day-to-day by Bears coach Marc Trestman.  Brandon Marshall and Julius Peppers did not appear in yesterday’s game as a precautionary measure after recovering from minor injuries sustained at training camp. Despite the loss, this game was a huge stepping stone for the Bears. The Bears will use these four preseason games to gel as a team and get used to Marc Trestman’s offensive style. Games like this will help the Bears earn a playoff spot this season. The preseason gives teams a chance to experiment with players, help the team get used to each other, and run different plays. If the Bears make the right moves going into the first game of the regular season, expect them to have a playoff-bound season. A Super Bowl opportunity is a valid possibility, so do not count the Bears out yet. They have a couple aces up their sleeve and are ready to use them when needed. All in all, the Bears will be in the playoff race and will have a successful season if the preseason goes well. Go Bears!

One thought on “Bears Drop First Preseason Game to Panthers”

Tue Aug 13 , 2013
Well, the trade rumors about Alex Rios are now confirmed and true. Rios has been traded to the Texas Rangers for a player to be named later who has now been named as Leury Garcia. Garcia is an infielder who hit .264 with four home runs and 19 RBIs in […] 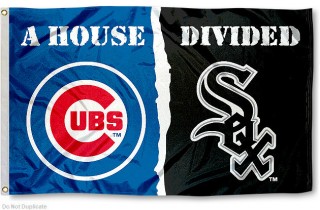