Again, referring back to the 2015 NLCS, the Cubs faced various adversities including a lack of pitching, offensive struggles, and defensive blunders, which not only cost the Cubs a World Series bid, yet also encouraged front office gurus Theo Epstein and Jed Hoyer to make the acquisitions that mattered in the upcoming offseason. As we move towards the present-day, three immense signings by the Cubs have made them the number one contender for the 2016 World Series Championship, and I would assume that Cubs fans alike believe that same revelation. To begin, let us discuss the effects of the John Lackey signing, which was a two year deal worth thirty-two million dollars. One characteristic that I believe compelled the Cubs to pursue Lackey is his knack for consistency, as he has won ten or more games in twelve consecutive years, minus the 2012 season, which he missed due to Tommy John surgery. Last season, Lackey posted a career-low ERA at two point seven seven, to complement a productive thirteen-win season and a top ten finish in the National League Cy Young vote. One could argue that Lackey has had his fair share of mishaps along the way, including a stunning six point four one ERA in 2011, yet he brings expertise, leadership, and a previous championship ring with him to this young Cubs team. Being considered the number three starter will also solidify the Cubs rotation, which was quite the Achilles heel for the team in their 2015 playoff run. Even before the Lackey transaction, we all had the general idea that former middle infielder Starlin Castro was on the chopping block. Although Castro was not the worst of players, the front office could not imagine a world with him heading into 2016. The moment the Cubs decided to trade him in the offseason, new broke that the club inked utility man Ben Zobrist to a four year, fifty-six million dollar contact. Zobrist, who played under current manager Joe Maddon from 2006 through 2013, has now reunited with Maddon, and plans to win a World Series, a feat he just accomplished with the Kansas City Royals about two months ago. That consistency characteristic also applies to Zobrist, who has averaged a .265/.355/.431 slash line along with seventeen home runs and seventy-seven RBIs since his debut in 2006. He is also a two-time All-Star selection who put up a career year back in 2009 with a near-.300 batting average to go along with twenty-seven homers and an OPS of .948. The most attractive quality about Zobrist is his ability to play virtually any position on the field besides pitcher and catcher. Although his primary position will be second base for the team, his flexibility will give the Cubs some options regarding depth in the outfield, as well as the infield. These previous two signings, although beneficial to the extent of the Cubs success, wallow in comparison to the acquisition of Jason Heyward, which set the team back a whopping $184 million over eight years. Look, Heyward is truly the real deal; from the game he debuted in which he hammered a home run off of former Cub Carlos Zambrano, to last season in which he put up career-highs in batting average, on-base percentage, and stolen bases. Sure, this signing infers that Dexter Fowler will not return, yet Heyward is a much better player than Fowler, whether it is defensively or offensively. Personally, I always have an ongoing debate with Fowler supporters about his potency as the Cubs lead-off hitter last season. I admit that although he topped the 100-run plateau and showed off some pop in his bat, he was not the lead-off hitter that the Cubs needed. His batting average consistently ranged in the .250 neighborhood, and he truly did not show up to play until the second half. These facts are quite contrary to the stats compiled by Heyward last season, and in his overall career. Heyward has averaged nineteen homers, sixty-eight RBIs, and a .268 batting average per season. Some say that Heyward’s offensive statistics may seem a bit underwhelming, yet his defensive sabermetrics make him a top tier caliber outfielder in my eyes. Even though he is only twenty-six years old, he is already tenth on the all-time list in total zone runs by a right fielder with seventy-six. This statistic measures the number of runs above or below average a player is worth based on the number of plays made. Heyward has also previously led the league in assists in right field as well as putouts in right field, along with overall fielding percentage. He is one of those rare players who can fit that definition of the everyday, five-tool player. Between Jason Heyward, John Lackey, and Ben Zobrist, the Cubs and their fan base have a multitude of accomplishments to look forward to in 2016. Adding those three players to an already productive Cubs lineup will give the team that one final push to the World Series. Look to 2016 Cubs fans, as next year is finally here! 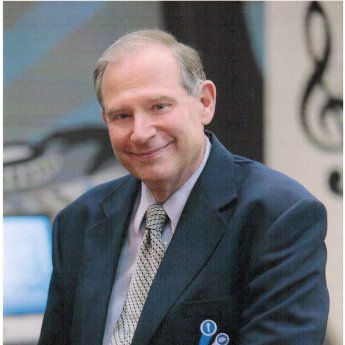