In 1959, the now-infamous Chicago Sun-Times sportswriter Jerome Holtzman examined the 18-1 record of Pittsburgh Pirates relief pitcher Roy Face, and declared, emphatically, that it was misleading (Posnanski “Save Rule Evolves From Stat to Game-Changer”).

Holtzman’s passion for the issue did not stop there, however. In time, he would create a revolutionary new statistic, called the save, to properly evaluate relief pitchers’ performances. The save itself eventually inspired the role of the “closer,” greatly altered a team’s approach to pitching, and today, churns out single-inning flamethrowers intent on shutting down games.

Holtzman’s invention, without question, changed the fabric of baseball forever. That said, his vision of the save, and the closer, possess vastly different meanings in the present context. This, combined with the game’s current analytical base, prompts an important question. Why do we continue to use a 61-year-old model to judge closers? Is there a better way available to gauge their in-game production?

Now, thanks to “Fireman ERA,” or “fERA” for short, there is. fERA is a subset of a closer’s regular ERA, yet specifically measures a closer’s performance when he pitches in innings other than the final inning of a game. It does not include innings in which the closer costs his team a lead, then forces them to play extra innings, as, in that situation, the closer originally enters the game under the impression of pitching his final inning. This measure, in general, allows us to observe a closer’s effectiveness in multi-inning save opportunities, plus his ability to pitch in innings other than the last one.

As previously alluded to, today’s closer is not entirely similar to the one of Holtzman’s era. In recent years, he has been asked to pitch in the sixth inning of the World Series, as in Aroldis Chapman’s case with the Cubs, or is consistently called on to record six or more outs in a game, as seen frequently with Liam Hendriks in 2019. Therefore, this statistic embodies the modern-day usage of the closer, and can assist in analyzing his capability to succeed in situations other than the norm.

The name “Fireman ERA” is an ode to Holtzman, who first coined the term, but also aptly defines what it aims to measure. Its purpose is to assess closers’ performances in pitching stints other than the traditional “final inning” setting. In most cases, the stat will quantify closers’ numbers in multi-inning appearances, or appearances in which they pitch earlier in games. This aligns with the initial role of the “fireman,” and his ability to “put out fires,” or escape difficult situations no matter the inning.

To test and implement the statistic, data from 2019 was used, as it is the most recent completed Major League Baseball season. In determining which closers to include in the study, those who achieved 20 or more saves were considered. That total, albeit arbitrary to some, was attained by 22 players, and separates season-long closers from intermittent closers.

Out of the 22 closers in question, six of them recorded a 0.00 fERA in 2019. Additionally, Liam Hendriks, who led all closers in 45 innings pitched besides the final inning, recorded an impressive 1.80 fERA. Josh Hader, who posted a 2.83 on the season, had the second-worst fERA amongst the group at 3.45. And, Sean Doolittle, of the Nationals, not only produced the worst fERA with a 4.44 mark, but also garnered the largest difference, in the wrong direction, between regular ERA and fERA. In other words, his fERA was 0.72 higher than his overall ERA in 2019.

As if those numbers weren’t interesting enough, there exist two distinct trends within the data that deserve increased scrutiny. For starters, 17 of the 22 closers recorded an fERA lower than their regular ERA. This can suggest that most of those within the study are able to last multiple innings, but it is important to note that these specific innings do not match the intensity that accompanies a final inning save situation. Thus, although these closers are turning in effective performances in innings besides the last one, the circumstances they inherit are far less tense.

The second, and just as intriguing trend involves the closers’ ERAs in the last inning of a game. In the data, 16 out of the 22 closers posted higher ERAs in the final inning compared to their overall ERA. In fact, two closers in Edwin Diaz and Taylor Rogers, actually saw a one-plus run difference in their overall ERAs to their final inning ERAs. Although somewhat shocking at the outset, this trend is also somewhat likely to be expected, as the final inning of a game provides suspense and intensity that cannot be matched by any of the preceding innings.

It is apparent, then, that in both cases, fERA has greatly assisted in helping us to understand the strengths of today’s closers. Although the save is and should still be considered a benchmark statistic for the position, its lack of specificity poses a significant problem. fERA can easily complement the save, while providing a much clearer picture of the closers’ ability to succeed outside of the traditional last-inning save situation.

The save itself, since 1959, has and will continue to permanently change the game of baseball. That said, it is simply a total, and fails to tell the whole story behind a closer’s performance. Following the 2019 results, however, it is evident that fERA can properly fill the gaps left by the traditional save.

As we know today, baseball has increasingly shifted its focus from overall totals to rate stats in an effort to better define a players’ talents. It is time, then, to bring closers out of the Stone Age, and rightfully give them a seat at the table. fERA can accomplish this task, and add much more intrigue to the future of the game.

Tue Dec 15 , 2020
On today’s show, host Jon Zaghloul breaks down the Bears’ big win over Houston, and explains why their season may not be over just yet. Jon also catches up with David Haugh, host of Mully and Haugh on 670 the Score and contributor to NBC Sports Chicago (19:41)! They further […] 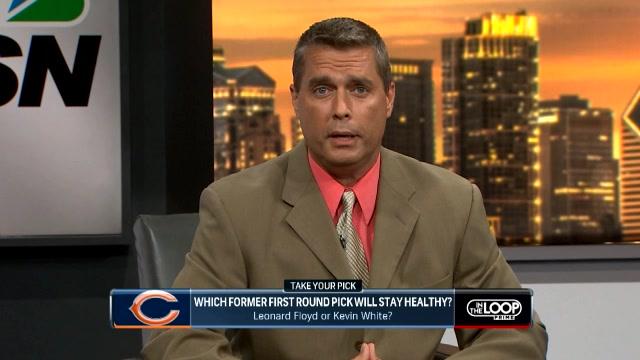