Jackie Bradley Jr., starting outfielder for the Boston Red Sox, put up a monstrous season in 2016 when compared to his personal standards. In the two seasons before last, Bradley struggled to make his presence known on a Major League roster, prompting multiple demotions to the Minor Leagues, ten to be exact. Most viewed him as an elusive twenty-fifth man, one who would spend his entire career floating between the Majors and Minors, with no prospect of firmly staying on a Major League team. Luckily for Bradley, that unfavorable reality turned into a fantasy after 2016. Although he struck out over 140 times and posted a batting average under .270, he smashed twenty-home runs and drove in over eighty runs. For Bradley, it was definitely a season to remember, but not one that was reflective of an MVP Award per se.

Miguel Cabrera, on the other hand, continued to write the script of his storied career. He recorded a batting average over .300, while clubbing thirty-eight home runs along with 108 RBIs. He struck out less times than Bradley, and outpaced him in virtually every statistical category with the exception of runs scored, triples, and stolen bases. If anyone was asked to choose who the better player was, most likely, the responses would be unanimously in favor of Cabrera. He is a surefire Hall of Fame candidate once he retires, and even at the age thirty-three, was able to fully outplay a youngster like Bradley. Why is it then, that when talking in terms of WAR, or Wins Above Replacement, Jackie Bradley Jr. is considered more valuable to his team than Miguel Cabrera?

Sabermetric statistics have taken the MLB by storm over the past decade, as their implementation has beckoned everyone to look past usual measurements of baseball talent. This statement has forced the baseball community to value a player like Jackie Bradley Jr. over a player like Miguel Cabrera. Instead of focusing in on the important stats that truly define talent at the plate or on the mound, we are beginning to shun away those norms of significance. In the eyes of today’s MVP voters, for example, no longer is the idea of 100 RBIs worth a vote. From a career standpoint, no longer is the idea that 3,000 hits guarantees immediate enshrinement in the Hall of Fame. WAR, and other statistics like it, have negatively changed the way we value baseball players.

Although the WAR formula is difficult to grasp, it is apparent that it favors those who abstain from grounding into double plays, while at the same time create runs individually. This explains why a player like Brian Dozier posted a five win season in 2014, despite recording a batting average less than .250, with only seventy-one RBIs to his name. Dozier is an above-average player in his own right; he hit forty-two home runs a season ago. The point is, however, that in 2014, he was actually considered more valuable than players like Anthony Rizzo, Miguel Cabrera, and Starling Marte.

A great example of a player considered “a virtual replacement” by WAR is Matt Kemp. Kemp, a former MVP runner-up, has accumulated a combined WAR of 1.6 over the past three seasons. Keeping that in mind, it is worth mentioning that in each of those three seasons, he has hit at least twenty-three home runs and driven in at least eighty-nine runs. In the past two seasons specifically, Kemp has cracked the 100 RBI plateau. Although his defense has not been the best, his separate offensive WAR has only registered 7.7 over the past three years. To put that into perspective, a player like Kyle Seager, who has eerily similar offensive statistics to Kemp, has earned an offensive WAR of 14.1 in the same time span. It should be noted that Kemp’s on-base percentage does not size up to Seager’s, but on the contrary, his batting average, slugging percentage, RBI totals, and home runs noticeably correlate to Seager’s.

The question then becomes, why would WAR punish a player who hits thirty home runs and posts 100 RBIs? When disregarding defense, it seems that WAR does not care about those once important measurements of success. Instead, it only cares about two statistics, one of which does not accurately tell the tale of a player’s greatness. The first is runs scored, and to show how faulty of a statistic it is to measure a player’s ability, think about this for a moment. Ray Durham, a fourteen-year second baseman who received no votes towards his Hall of Fame candidacy, scored more runs in his career than Yogi Berra, a surefire Hall of Fame player. WAR relies heavily on runs scored, and the faults of that ideology are apparent. Secondly, WAR relies on on-base percentage, which is something important. The only problem is, what if a player does not walk much? Does that make him an unsatisfactory baseball player? By that logic alone, it makes perfect sense why Chase Utley, for example, is considered more valuable than Dave Winfield, a first-ballot Hall of Famer. Utley has a better career on-base percentage than Winfield, and although he does not have more total runs scored, he has averaged more runs per season than Winfield did in his career. The mere idea of comparing and valuing a player like Chase Utley to Dave Winfield is baffling enough, yet the insinuation that Utley is in fact better than Winfield is plain wrong.

WAR has become the rally cry for baseball analysts, and even fans over the past decade, but its actual measurements are clearly flawed. Instead of honing in on two specific statistics that do not determine a player’s eminence, the baseball community should continue to look at what really matters; stats like batting average and RBIs. By neglecting the WAR statistic, the legacy of Hall of Fame players will not undergo unwarranted scrutiny. Similarly so, players who do not deserve the distinction of being a legend will not suddenly earn that honor for no reason. WAR has truly brain-washed the baseball community, and its abandonment will finally allow people to truly discern between good and great players. 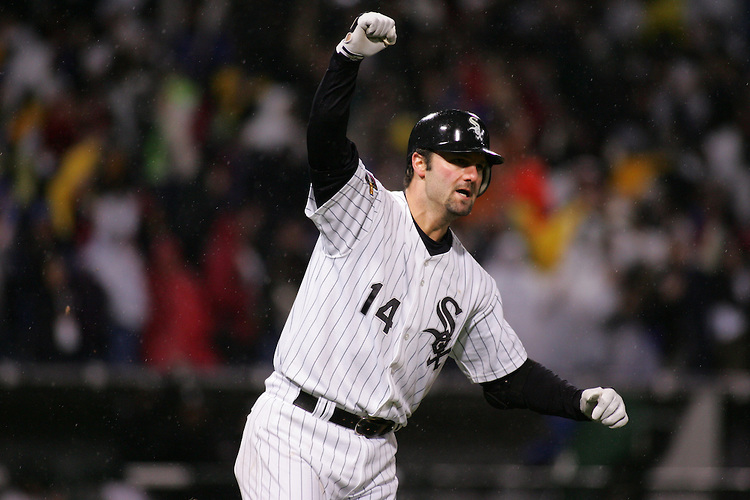