The 2015-16 Chicago Blackhawks season did not begin with anticipation or joy, rather, it began with controversy surrounding Patrick Kane and the role he allegedly played in a rape lawsuit brought forth during the offseason. On the ice, cornerstone championship players like Brandon Saad and Patrick Sharp were no longer around, as general manager Stan Bowman sought a less-expensive roster heading into the new season. By game five of 2015, the Hawks fell to 2-3, forcing fans to wonder if the dynasty had finally fallen. Fortunately, the Hawks buckled down, and understood the ramifications behind an unsuccessful season. For the eighth consecutive year, the Hawks have found themselves in the playoffs with a chance to capture their fourth Stanley Cup. Currently, the Hawks are competing in a hard-fought opening series with the St. Louis Blues. In order for a series win, the Hawks must find a way to control Vladimir Tarasenko, who scored the only goal in game one. Tarasenko has scored eleven career playoff goals in just fifteen games, and scored five goals in the regular season against Chicago. His aggressive scoring tactics must be put to a stop, and his scoring opportunities must be taken away. Unfortunately, the second round does not look as promising, as the Hawks will face off against either the Dallas Stars or Minnesota Wild. Overall, Chicago went a combined 1-7 against both teams in the regular season, with their only win coming against the Stars in February. For the Stars, Jaime Benn, who has scored a goal and tallied five assists against the Hawks, and Patrick Sharp, who is looking to knock off his former team, are two players to watch in a Hawks versus Stars series. If Chicago were to face Minnesota, Erik Haula is a player to watch, considering that he has scored three goals in five regular season match-ups against the Hawks. The team possesses a viable chance at another title, as playoff experience defines the new group of players. Only Viktor Svedberg and Erik Gustafsson have not appeared in a playoff game, while those like Duncan Keith and Jonathan Toews have been around since the beginning of the playoff streak back in 2009. Although experience serves as a useful component, it is truly the desire in which the Hawks embrace. Flashing back to the “dog days” at the early part of the century, the team had atrocious rosters, weak coaches, and a lack of effort in game-time situations. Once the team proved to themselves that they were able to steadily compete and even win the Stanley Cup, the winning desire and competitiveness kicked in. Over these past eight years, a winning desire has encouraged more fans to jump onto the bandwagon and witness a championship-caliber team, which is a sight that Chicago sports fans have reluctantly seen. The team’s extensive fan base has encouraged a winning atmosphere, and has allowed the Hawks to compete in this difficult first round. Although nothing is for certain, I believe the Blackhawks have the talent and drive to win a second consecutive Stanley Cup, as it would further establish the fact that a dynasty is still in tact. Difficult roads are met with those who wish to persevere, and Chicago Blackhawks know when it is time to perform under pressure. Go Hawks! 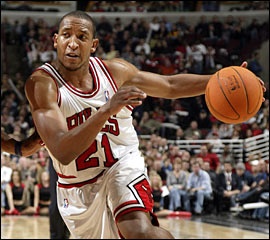