On today’s show, host Jon Zaghloul recaps the Bears’ first preseason game, and addresses the team’s quarterback controversy heading into Week One. Jon also catches up with Mark Schanowski, Bulls Insider at Stadium, sports reporter at ABC 7 Chicago, and host of Gimme The Hot Sauce (20:18)! They discuss the Bulls’ active offseason, and determine how far they could go in the upcoming NBA season. They also talk about the team’s overall improvement, and Arturas Karnisovas’s role in building a contender. Later in the interview, Mark describes the scene in Milwaukee following the Bucks’ NBA Finals win, plus highlights his best interviews on Gimme The Hot Sauce!

Remember to tune in on weekends at 7a Central to listen to the show live on AM 1530 WCKG! National audiences can find WCKG on the iHeartRadio and Radio.com apps!

Tue Aug 17 , 2021
On today’s show, host Jon Zaghloul addresses Matt Nagy’s comments on Andy Dalton, and explains why it makes sense for him to receive more first-string reps. Jon also catches up with Mike Harmon, national host on FOX Sports Radio, and host of the I Want Your Flex podcast (18:37)! They discuss […] 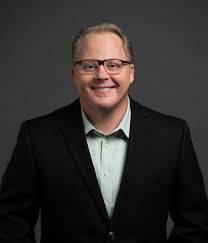