From a team standpoint, the Bears are undergoing another facelift in an attempt to improve the franchise and hopefully bring them back to their winning ways of old. The free agency period began just a few hours ago at 3:00 P.M. CDT and the Bears have already made multiple moves that could earn them a playoff appearance in this next year to come. For starters, D.J. Williams was retained and is staying on a one-year deal. Last season, Williams was hampered by injuries, appearing in only six games. I am looking forward to witnessing Williams play a full, healthy season and to help stabilize that middle linebacker role that took a turn for the worst after he tore his pectoral muscle in Week 6. This signing was an intelligent one for the Bears and Phil Emery. Williams is an experienced veteran who can play well at the middle linebacker position when healthy. Lamarr Houston will also be sporting a Bears uniform in the upcoming year. The 6-3, 302 pound defensive end was given a six-year deal. He posted career-highs with 56 tackles and six sacks last season and he is a player who will stay on the field. He has not missed one game throughout his four-year career with the Oakland Raiders and he will help bolster a weak Bears defense that was near last place in every statistical category. Jordan Senn, a linebacker and special teams expert, has also been signed to a one-year deal. He was with Carolina last season and was a backup linebacker along with being featured on special teams. Senn can provide depth at the linebacker role and is extremely likely to earn a position on Bears special teams in this upcoming year. Ryan Mundy will be seen at the safety position this year with the Bears after he agreed to a two-year contract. Mundy was previously on the Steelers and Giants and will be part of a strong Bears secondary. Last season, he started 10 out of 16 games and recorded 50 tackles with one interception. He will provide depth for the safety position and he may start a few games. I am all for these signings because I am excited to see some fresh faces on TV and these signings show that the Bears are making an effort to strengthen their defense. The defense overall was ranked above 20th place and although the offense was strong, the poor defense is what led to another non-playoff season. I am happy to see the Bears making an effort for an eventual playoff appearance and these signings may take the Bears there.

There is, however, one problem that I have as a Bears fan. Our fan favorites and lovable, franchise players are now leaving or may leave in the near-future. Devin Hester and Michael Bush will not be members of the Bears any more and Josh McCown is a huge question mark moving forward. After McCown’s career season last year, he will be demanding a pay increase and the Bears will probably not agree, making him a free agent. One sign that may signal the end of Josh McCown era in Chicago is that the Bears resigned backup quarterback Jordan Palmer to a one-year deal. As a fan, I am unsure about Josh McCown’s future here with the Bears. The Bears have not even extended an offer to McCown and if they wait too long, another team will swoop in and snatch McCown while the Bears and the rest of the NFL are flat on their butts. Here is the list of unrestricted free agents that the Bears currently have: Henry Melton, Charles Tillman, James Anderson, Zackary Bowman, Eben Britton, Landon Cohen, Blake Costanzo, Patrick Mannelly, Devin Hester, Josh McCown, Sherrick McManis, Adam Podlesh, Jonathan Scott, Craig Steltz, Anthony Walters, Corey Wotton, Major Wright, and newly-announced Julius Peppers. Most of the names on this list are solid, notable players that the Bears need to retain to have a serious chance at making a push for a Super Bowl title. Rumors have been surfacing that Tillman may leave the Bears and return under the Lovie Smith regime in Tampa Bay. Julius Peppers has now just recently been released. Although he sustained a subpar season last year, he is still a vital part of the Bears defense and all we could say as Bears fans is bon voyage. As I mentioned earlier, I am in agreement with the new signings the Bears made, but they really need to focus on retaining most or even all of these names listed. It is looking like the Bears are in rebuilding mode and that is a horrible sign considering that the star-power needed to fuel a winning team has been released and more players are to follow. Last season may be the last .500 season we see in Chicago for a long time unless the Bears realize what is going on and what they have to accomplish to keep the city of Chicago proud of its football team.

One thought on “NFL Free Agency Has Begun”

Podcast #6 Is Ready to View! 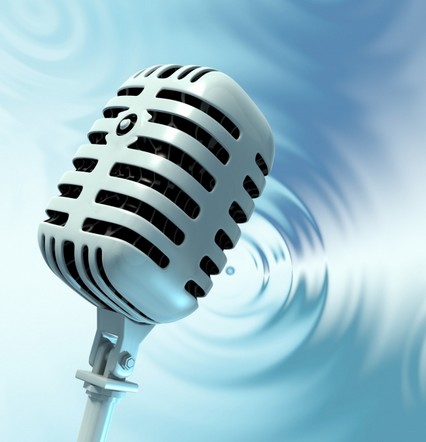