Referring back to 1998, in which the Chicago Bulls captured their final championship amidst the company of Michael Jordan, problems began to arise within the franchise. Management felt that the team became too feeble to compete with the likes of San Antonio or Los Angeles, causing a virtual “break-up” involving the trade of Scottie Pippen, and the second retirement of Michael Jordan. Although the decision endured constant criticism, the Bulls stuck with their plan, thereby serving as the living example of an afterthought.

Similarly, the 2016-17 season, albeit not as memorable as 1998, is now defined as “the final season” of genuine interest in Chicago Bulls basketball. Beginning with the transaction that sent Taj Gibson and Doug McDermott to Oklahoma City, the Bulls have realized that their former strategy of sneaking into the playoffs with no calculable chance of advancing past the first round was quite detrimental. Therefore, “GarPax” has made the choice to initiate a team-wide rebuild, allowing the Bulls to provide a clearer definition to the word “unwatchable”.

The primary reason why the Bulls have seemingly volunteered to flaunt this distinction has nothing to do with the idea of the rebuild, yet everything to do with the method in which it is being carried out. Looking back at the aforementioned trade that resulted in the loss of Gibson and McDermott, the team committed a crucial mistake regarding the return. The centerpiece of the deal was Cameron Payne, a former first-round pick who was projected to succeed Rajon Rondo’s starting role, ended up performing horribly. He was demoted to the D-League a number of times, and today may not earn a spot on the roster. The Bulls gave up two quality players, and received two measly ones, along with a useless former top prospect.

To make matters worse, the Jimmy Butler deal, promising massive dividends, produced underwhelming results. Before the eventual deal that sent Butler to Minnesota, the Bulls had an amazing opportunity at the NBA Trade Deadline in February. Apparently, the Boston Celtics were extremely interested in Butler at the time, and were willing to depart with their number one draft slot in order to make it happen. Unfortunately, due to reluctance, or optimism about the playoffs, the Bulls declined the offer. In the end, the team dealt Butler on draft night, receiving the number seven overall pick (who later became Lauri Markkanen), Kris Dunn, and Zach LaVine. Although LaVine’s skillset exudes potential, he has no timetable for a return from his torn ACL injury. Combining that with the fact that Kris Dunn is similar to Cameron Payne regarding low productivity at the NBA level, the Bulls have once again “struck out” in reference to their player judgments.

At that point, with the losses of former cornerstones like Butler, Gibson, and McDermott, it would make sense to retain a prolific name in order to provide an incentive for fans. During the Chicago Cubs rebuild, both Anthony Rizzo and Starlin Castro promoted attendance. The same can be implied for the White Sox regarding Jose Abreu and Avisail Garcia. Even the Chicago Bears have Jordan Howard and Mitchell Trubisky at a time when a five win season would be considered an improvement. Unfortunately for the Bulls, their rebuild will most likely result in thousands of empty seats at the United Center, as they cut loose their one remaining superstar, Dwyane Wade.

It was apparent that Wade’s first and only season with Chicago did nothing more than support the claim that he is in decline as a player. Despite that obvious truth, Wade still put up above-average numbers on offense, and continued to solidify his Hall of Fame credentials. Come playoff time, Wade also provided unmatched leadership, as he was the only player on the Bulls roster to boast an NBA Finals victory. His buyout, costing the team $15.8 million, formally established a losing environment, while sending fans an unwanted message.

The Bulls sheer foolishness of their self-inflicted rebuild will cost the team millions of dollars in revenue, as well as millions of interested fans. Although the concept will bring future prosperity, the transactions made thus far only signal a much lengthier renovation that fails to possess a return to preeminence. Keep in mind, however, that until the Bulls decide to pull the plug on “GarPax,” expect more problems to occur. Their leadership will only drag out the rebuild, and continue to degrade a historic franchise. 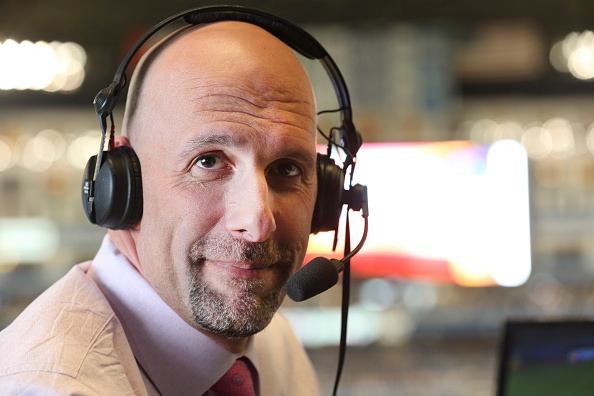