Just two weeks ago, the Chicago Bears were 3-6 and in my mind, had absolutely no hope for making the playoffs, let alone finishing this season with a record of .500 or above. After seeing them perform at a high level for the past two weeks, my prospects of the team have drastically changed and have made me believe that a 10-6 record and playoff appearance is not out of the question. It seems as if the team has succumbed to a mid-season resurgence and they have put each and every fan on the edge of their seat, anxiously waiting and hoping for another victory. What I have noticed the most during this two-game winning streak is that Matt Forte has been carrying the offensive barrage on opposing teams, rushing for eighty-nine yards or more and racking up at least twenty receiving yards per game. Although the win against the Buccaneers did not feature much of him, Jay Cutler had a career game against Minnesota, passing for 330 yards and three touchdown passes which accounted for each touchdown that the Bears scored in the 21-13 victory. To me, however, the defensive effort that has been put up should merit more of the accolades. Five turnovers have been forced over the past two games with four of them occurring against Tampa Bay. Chris Conte and Ryan Mundy each had an interception along with Stephen Paea, Demontre Hurst, and David Bass each recording a forced fumble in the stat book. The Bears, as a franchise, are known for their defensive brutality and this game effectively demonstrated the fact that the Bears still have some gas left in the tank. Coming up for the Bears is a fierce Detroit Lions team that has suffered two back-to-back losses against the Arizona Cardinals and the New England Patriots. This next game will certainly be an uphill battle, but any team can win on any given day and hopefully the Bears can pull that off. The Bears will face four difficult teams over their final five games and one loss could eliminate them from playoff contention. If the defense decides to show up and play at a level similar to the Buccaneers game, we could witness an improbable run for the playoffs that could save the franchise from the ideas of rebuilding. If the defense decides to play at a level comparable to the games against Green Bay and New England, Marc Trestman along with the rest of his coaching staff will be unemployed with the Bears hoping to draft of rookie phenom. This season can be considered a make or break year for the team, and it is in the best of interest of this entire state that the Bears “make” it.

Fri Jan 2 , 2015
When I think about an ace, or leader of a starting rotation, I think of a pitcher that has experience with an impressive statistical backing. Jeff Samardzija and Jon Lester both fit the criteria of an ace perfectly. Lester has won multiple World Series championships with the Boston Red Sox […] 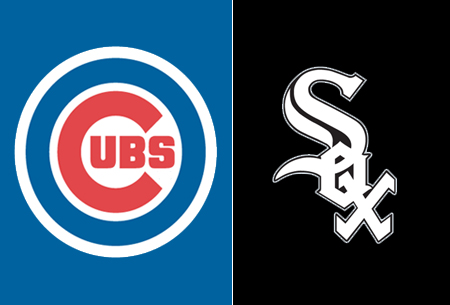